Going through some old photos and old social media, I thought it time to move this story to this Toponautic website. 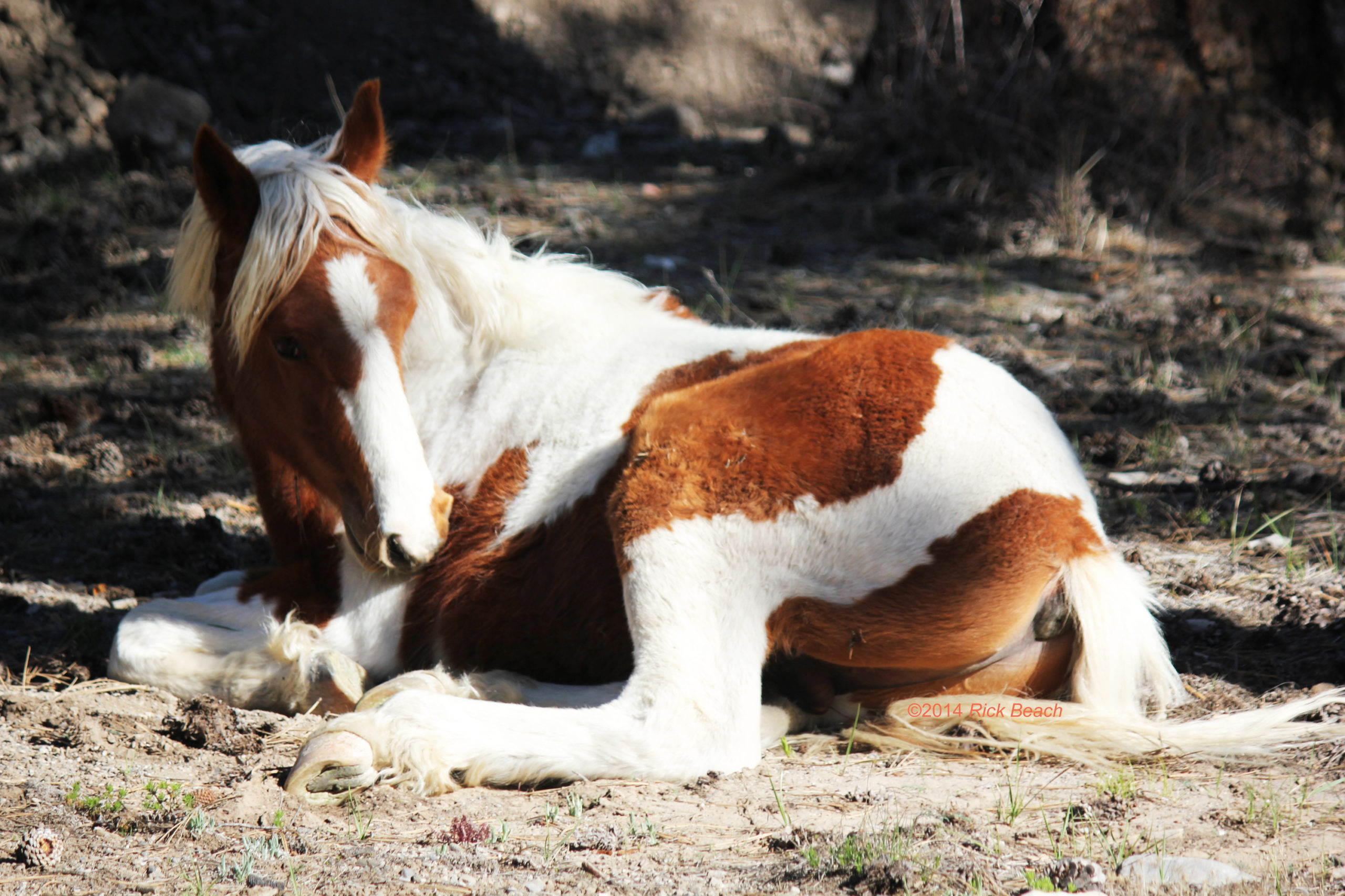 Ever since I was a child I have encountered wild animals that have been injured, or left in a bad situation. There have been squirrels, rabbits, and birds. I recall a baby robin that had fallen from the nest.

The baby robin survived the fall but would not survive predators if left hopping around the ground. I took it in and hand fed it bits of worms, and eye dropper rations of water. The Robin grew and developed. It eventually learned to fly, and for several weeks it would fly and return to me. Then one day it decided it was time to go, and flew away free.

An earlier memory was the time my father came home with a baby raccoon. He had found it alongside the road, sitting next to its dead mother. The mother was a victim of being struck by a car. I have vague memories of this orphan. It was eventually given to some human friends that lived in the country. For years they said it would disappear in the fall, then resurface in the spring.  Retaining its bond with people.

Is this simply a bond with “the hand that feeds it”? Or is there something more to this?

I also have always had a way with dogs. Though another early memory I have is attempting to pet a German Sheppard on the street. That resulted in a bite and me being taken to the doctor, getting shots.  All un-pleasantries. At that age I dreaded shots  That was kind of a traumatic experience that remains a more vivid memory.

Odd that later in life I have owned German Sheppard’s as my own pets. A string of Sheppard’s for over 40 years. Perhaps facing my fears and embracing them?  LOL

I could go on and list more. But I assume this is not uncommon for many of us. I do want to talk about my latest encounter with a wild horse though.

Some of us in the western states of the USA still get the unique experience of seeing wild horses running free. Many are wild Mustangs. These are descendants of those Mustangs from long ago.

My friend that knows horses says these mustangs have a distinct head shape. I assume other non-Mustang wild horses have either been those turned loose, or those that wonder off from ranchers and such. The parts of Nevada just north of Las Vegas (Where I am located) have vast sections of open range and rugged mountains. While driving many of the 2 lane roads it is not uncommon to see signs that say “Next Gas 120 Miles”.   Horses and burros are often seen. 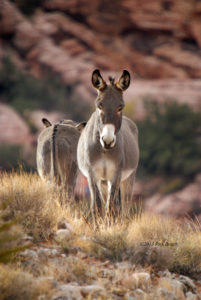 I normally see more wild Burro’s than wild horses. It is interesting to note that the Burros are descendants of the prospector’s beasts of burden, from the Gold Rush era. It is amazing they survive and flourish so well in this arid region. I have had many encounters with these Burros. Some close enough to touch. The babies are so cute, when new born and fuzzy.  But the mothers can be protective and quite intimidating when need be.

While my Burro encounters have happened many times over the years, I have never had such an up close encounter with a wild horse.  Mustang or wild of any sort.  I have seen and photographed wild horses from time to time. But those were always experienced from a distance. I never had the horse experience I would soon have.

In my 60+ years I have spent most of my off time in the outdoors. Even more time, now that I have retired. I am an avid photographer, backpacker, kayaker, and camper. I have backpacked part of the Ansel Adams Wilderness, trekking a portion of the Pacific Crest Trail. I have also backpacked to Havasu Falls in the Grand Canyon area….but those are stories for another day.

Without question, many times I am alone and enjoying the solace of the forest. The solitude of mirror waters of a lake or stream in the early sunrise. I have witnessed awesome sunsets that paint the sky with blues and orange….observing the sun disappear behind distant mountains. On occasion this experience is further enhanced by the yipping of a coyote. It is easy to close your eyes, and let your other senses take over. Easy to imagine you are in another place, or another time.

This all leads to a recent, early morning bike ride. I was out about 6:30am peddling my mountain bike. About to experience something I have never encountered.

I was up on Mt Charleston at about an 8000ft elevation. Riding a two lane paved road.

To explain some of the logistics of Mt Charleston.  It is about an hour’s drive from Las Vegas, Nevada. The mountain is in stark contrast to the dessert climate of Vegas. At this 8000ft elevation there are towering Ponderosa Pine trees. Though sunny, it was a brisk 40 degrees in the early morning. The mountain top that rose at least another 2000 ft above me, still had lots of snow for May. Though, where I was at, the snow was gone and plants were beginning to cast off winter.

My objective was to peddle my bike up to the Las Vegas Ski Resort which was above me at over the 9000ft level. I was on the only paved road in the area. At this time of the morning I had the road to myself. I was enjoying the smell of the pines and the many birds I heard. The bike was in low gear, and I was starting to breathe harder than normal. It was a steep rise using only leg power. The thinner air was also having an affect.

Something off to my right caught my eye. There was a young horse some distance off the road, lying on the ground, basking in the sun. It looked more like a large puppy dog. It reminded me of my small Chihuahua that always seems to be cold. Our Chihuahua likes to seek out the early morning rays of sun streaming through our patio door to catch the warmth.

This young horse was catching similar rays of sun streaming down through the trees. I got off my bike and approached slowing on foot, snapping photos as I walked closer. The horse kept an eye on me and eventually stood up. 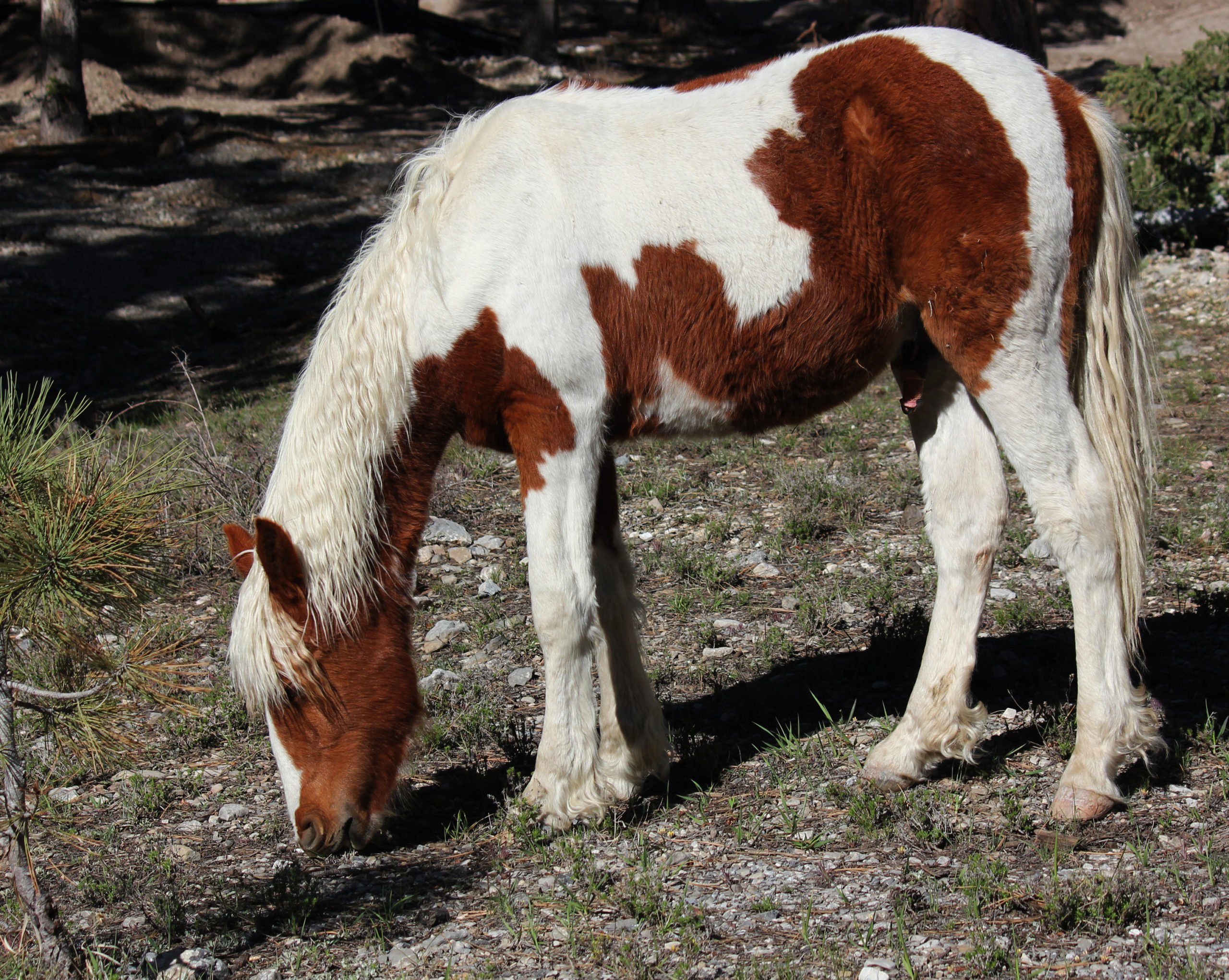 I could tell he was curious of me but seemingly unafraid. I took a few more photos as the horse began to graze on some of the sparse grass that was growing. The horse didn’t seem to mind I was present. It even moved closer. My thoughts were how fortunate I was to get these shots.

I turned around and put my back to the horse, and tried to stand still. In about 10 minutes the horse closed the 100ft gap between us. It had walked up behind me. I could feel him smelling the back of my neck. I slowly turned and made no quick movements. I was eventually able to rub his muzzle and scratch between his ears. I did have to be careful because he seemed to want to taste me. This went on for 30 minutes or so. He eventually went back to grazing and slowly worked his way away from me. What an experience. 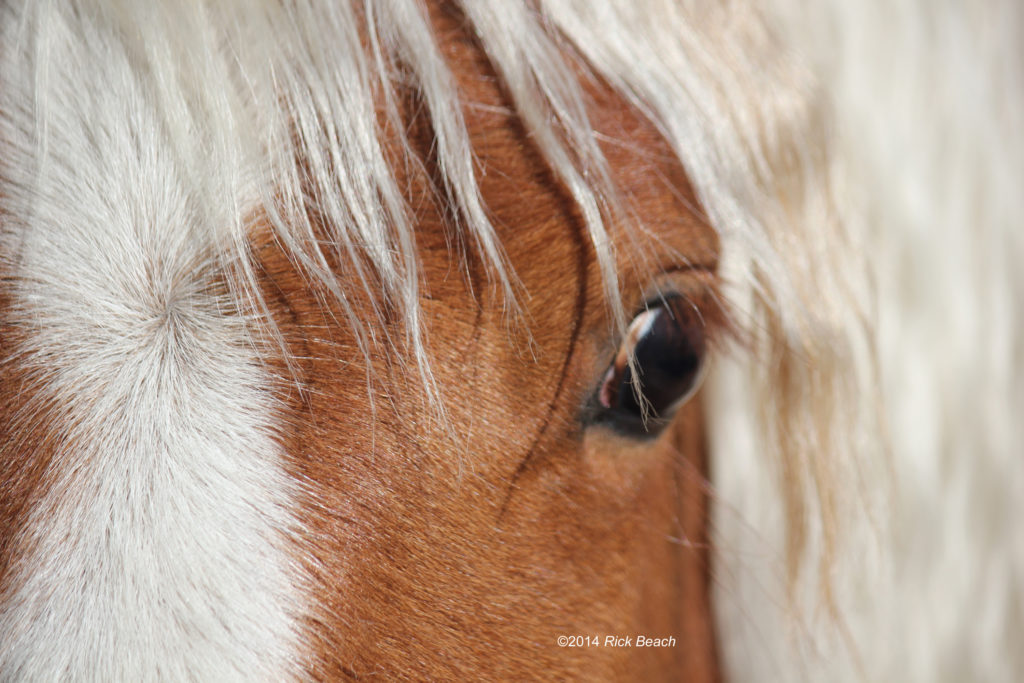 I spoke with some of the locals that said this horse was a baby late last year and was normally seen with a group of 5 or 6 adults. This group of horses seems to roam the area just at the tree line. While the adults are very skittish this young one seems to not have that fear yet.

A friend of mine that keeps horses saw the photos and said the head shape isn’t correct to be a wild Mustang. So it makes you wonder what the story is of this group of wild horses. To me it doesn’t matter which they are. The experience it provided me was very touching. A memory I will remember the rest of my life.